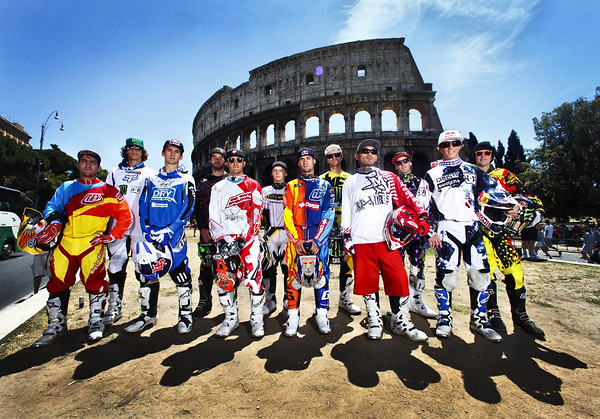 Red Bull X-Fighters is a freestyle motocross motorbike stunt competition, contested in bullrings and famous locations and sites. Created back in 2001, Red Bull X-Fighters is the most popular freestyle motocross event in the world with a 15-year plus history and more than 50 past events on six continents. The riders are invited to compete head-to-head through a series of knockout rounds in front of some of the world’s most iconic locations.

X-Fighters was founded in 2001, and became the most famous freestyle motocross event series in the world. The Plaza de Toros de Valenciain Spain was where it began, being the first venue to host the competition. A 12,000 crowd was recorded, with American ‘Mad’ Mike Jonestaking out the inaugural event, and the host nations very own Edgar Torronteras coming second and French rider, Xavier Fabre coming third respectively. After the impact made in 2001, Red Bull X-Fighters returned for a second time. Moving from the bullring in Valencia to Madrid‘s Las Ventas. The crowd had almost doubled in size from the previous year, with the arena to a full capacity of nearly 20,000. It was another close series of head-to-heads between riders like Mike Metzger and the previous year’s champion, Mike Jones. But it was Spain‘s Edgar Torronteras, that won the event and took the trophy that season.[1] Firmly securing X-Fighters foothold as one of the major events in FMX history and Europe‘s biggest FMX event.